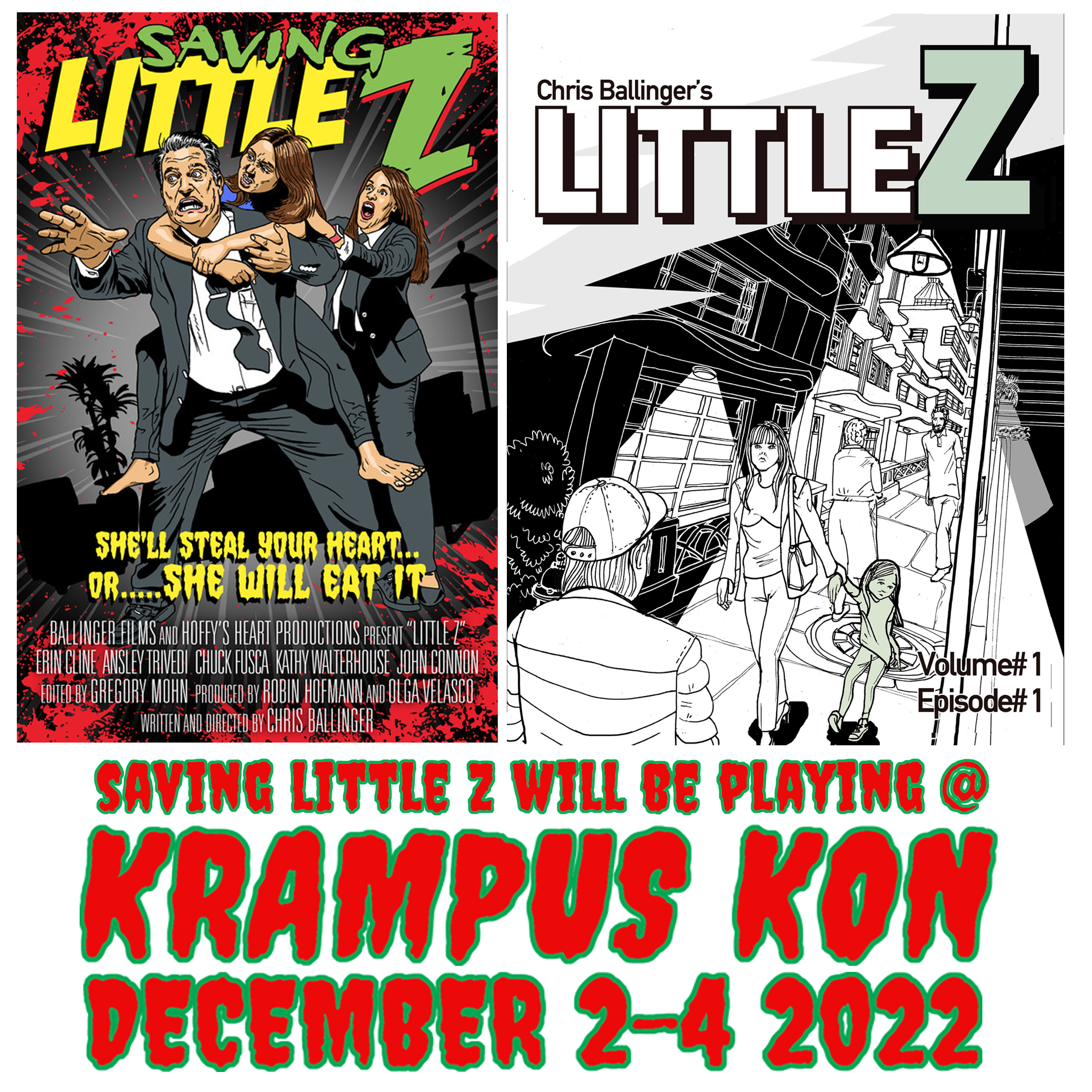 Playing at our Krampus Kon Presents Indie Original Film Festival this year will be will be Chris Ballinger’s Saving Little Z. You will be able to meet with Chris as well to talk about his amazing film along with his comic book series associated with the world he is building. Make sure to check out his film this year, along with meeting this amazing creator.

Synopsis: A small-town sheriff risks everything as a zombie hunter for Evil Corp when he marries the love of his life, whose daughter happens to be a hormonal pre-teen zombie.

Chris was raised in Connecticut. His mother was a successful pastel artist; he was surrounded by art at an early age, spending a lot of time traveling to art shows with his mother. Chris always had an eye for composition and taking a great picture. This is where his love of visual media started.

Chris’s career went in a different direction in his early 20s, going to school and becoming a firefighter/paramedic, working in that field for over 20 years but never letting the entertainment business too far out of his sights.

His entertainment path has taken him in many different directions from a DJ business, dance instructor, playing guitar, photographer but in 2006, he finally landed on what is his ultimate passion is, that being film and starting with acting classes in the Orlando area.

Chris has had success in films, TV, commercials, stage, and stunt performing but early in his film career, working as a stand-in and production assistant on the low-budget film Robodoc, he found his love of how movies are made driving him to learn everything he can about being behind the camera. Chris attended FIRST Institute, studying digital video production, looking to make his mark on the film industry as a director and screenwriter. 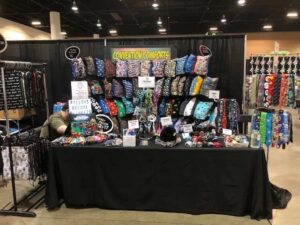 Previous post Let’s welcome one of our vendors Convention Comforts 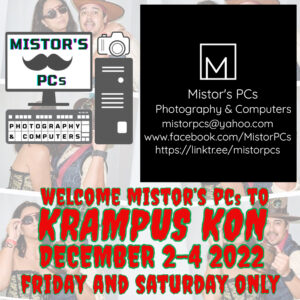 Mark Maddox is a seven-time recipient of the Rondo Award for Artist of the Year and once for the Pulp...

Killian Wolf is a Miami, Florida native who enjoys pirates, rum, and skulls as much as she loves writing about...

Let's welcome author E.K. Juhasz he is coming to Krampus Kon this year. Make sure to pick up his awesome book...